Orwell’s Animal Farm – a tale of the hidden beast

What was the Author’s allegory?

I recently read the George Orwell classic novella ‘Animal Farm’. It was written during World War 2 but denied publishing by many publishers for years. On the first read, it comes across as a simple tale of animals in a farm rebelling against and ousting their old human masters with the hope of creating a brotherhood where “All animals are equal”.

Why would anyone refuse to publish this story which would normally be touted as a favourite for animated moviemakers, like say The Jungle Book?

On eventual publishing, it was anyone’s guess why. The otherwise non-aligned Soviet Union had joined the Allied forces in the mid of 1941 owing to Hitler’s backstabbing. Shortly after, Orwell first started hunting for a publisher in 1942, rather unsuccessfully. Eventually, the Allied forces crushed the Nazi German regime by May 1945. Thus, the book was finally published in August 1945.

What’s the connection with the Soviet Union you ask? Well, Orwell wrote this story as a stinging satire on the communist regime of the erstwhile Soviet Union, which was the most important state in crushing the German aggression and eventually ending the catastrophic war. None of the publishers from the allied nations UK or USA wanted to invite the Soviet Union’s ire and weaken the chances of the Allies.

Now, what was so offensive about the story that no one wanted to publish it? The story that started with “ALL ANIMALS ARE EQUAL” symbolizing the communist dream of an equal, free and happy society ended with an altered maxim adding the words “…BUT SOME ARE MORE EQUAL THAN OTHERS”.

For the uninitiated, the past oppressive rulers of Imperial Russia and other nations of the Soviet Union were replaced by the new Communist regime after the October revolution of 1917. The new administrators claimed to be commoners and merely representatives of the people. But as anyone who understands the power and its games would guess, they ended up becoming the new rulers with newer ways of oppression. The promise of Communism was clearly corrupted by the new rulers’ self-interest under the disgraceful guise of benevolence.

What did we learn?

So, is the book only a satire on communism or authoritarian regimes or is there something more to it?

I would say the book is in fact mostly about the nature of power itself. Power, when concentrated in the hands of any individual or single group, reveals the power-hungry merciless beast in its beholders. This wildfire of a beast is suspiciously dormant, but give it enough fuel and it will consume everyone and everything in its sight eventually.

Much in the lines of the Lord of the Rings trilogy where the One Ring is the symbolic representation of power. Anyone who wears that ring inevitably discovers his hidden evil side, no matter how ‘good’ he otherwise is. While there’s always a Frodo in the fantasy world, he’s far too difficult to find in reality.

Apart from power, it also is a commentary of the inevitability of hierarchy in a group setting. No matter how many times it is toppled, hierarchy reinstates itself again and again, albeit in a new form. Without hierarchy, a group cannot really operate. Much like how the body has different parts, all parts are important but all parts cannot be treated equally. Without the brain and the heart, the body and the other parts are but dysfunctional. So, when the day of reckoning arrives, you will trade any other part of your body to save them. They are more equal than others.

We can see examples of this power play in Indian history, politics and current. The Indian National Congress (INC) which was once the party of national freedom fighters eventually became the party of one family. The Bharatiya Janata Party (BJP) which evolved as an alternative to the gap created by INC, is evolving in its own way to become a centralized party with limited power centres. There is nothing ‘good’ or ‘bad’ about it, it just is the way it is. Hierarchy makes it possible to achieve goals far greater than a chaotic group of individuals can achieve as it enables groups to work as a single unit. However, the key here is to ensure power does not rest at one place for too long. Otherwise, it unveils the merciless beast within.

For my love of metaphors, I fell for ‘Animal Farm’ because this entire story is a profound metaphor, as sharp as it is subtle. This 100-odd pages of a novella  is a perfect illustration of the Orson Scott Card’s quote below:

Metaphors have a way of holding the most truth in the least space.

A recommended read for sure! 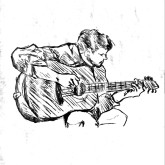 Nikunj is an entrepreneur by the day and keen observer of human nature and culture including through history and politics.

What is Dharma? Krishna’s Dilemma

Learning from the desecration of Somnath Temple